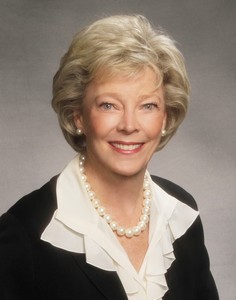 Upload Photo
Jane and Clark Boddy have worked as a team throughout their over 48 years of marriage.  Raising three children, and celebrating nine grandchildren, has been a huge blessing in their life!  Clark served as an officer in the US Air Force for three years before working for The Coca-Cola Company for 20 years.  He and Jane owned HQ Executive Suites in San Antonio and other Texas cities for thirty years before selling to Regus International Suites several years ago.  Clark then joined Kuper Sotheby’s International Realty as a Broker Associate and teamed up with Jane, who has been with KSIR for over 30 years.
Both Jane and Clark are heavily involved in the San Antonio community:
Jane:
Battle of Flowers Association Member
Alamo Heights United Methodist Church Lay Leader for 12 years
Charity Ball Association, Member and Past President
San Antonio Can High School, Past Board Member
Alliance Defending Freedom Ambassador
Cru Military Teacher at Lackland AFB, TX
Member of:  Los Festivos, Merry Wives, and The Assembly
Clark:
Past President of the Rotary Club of San Antonio
BBVA Compass Bank Director, San Antonio
GPM Life, Company Director
Children’s Hospital of San Antonio Foundation Board Member
Alamo Heights United Methodist Church, Past Board Chairman
Governor’s Club of San Antonio, Past President
Alliance Defending Freedom Ambassador
The Alliance of Men, Board Member, San Antonio
The San Antonio Chamber of Commerce, Life Member
Cru Military Teacher at Lackland AFB, TX
Member of: Texas Cavalier’s, Order of the Alamo, and German Club
Jane and Clark are also members of The San Antonio Country Club and The Argyle.
Together, this team recognizes that buying or selling your home is one of the most important decisions you will make.  They are dedicated to giving their undivided attention and wisdom to make your experience successful.  The Boddys are proud to be a part of the Kuper Sotheby’s International Realty team, and its worldwide real estate network.
.